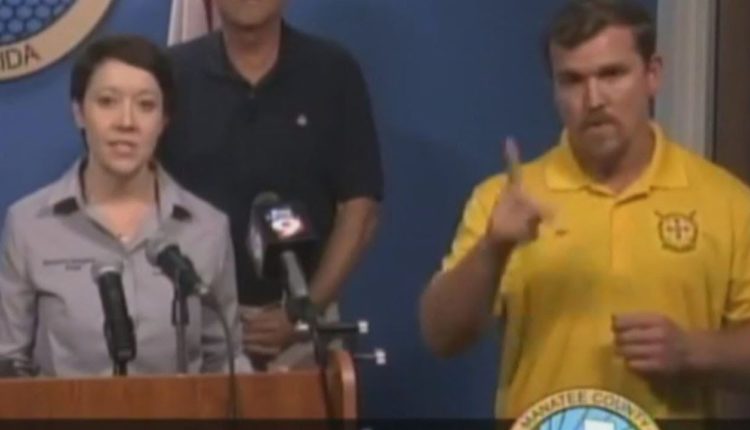 A sign language interpreter who appeared at a Florida press conference before Hurricane Irma hit was actually signing gibberish, according to members of the deaf community. Experts say Marshall Greene signed words including “pizza,” “monsters” and “bear hug.” Officials in Manatee County say they asked Greene, who’s a paramedic and lifeguard, to step in because he knows a little sign language and no one else was available. His brother, who is hearing-impaired, has since defended him. #InsideEdition