Roshtein, the most popular casino streamer on Twitch, left the Mediterranean island of Malta and went back to Sweden for a few days. Rosh decided to take his loyal TROOPS on a live virtual tour around his hometown Stockholm and gave them a chance to ask him questions and chat for a couple of hours. 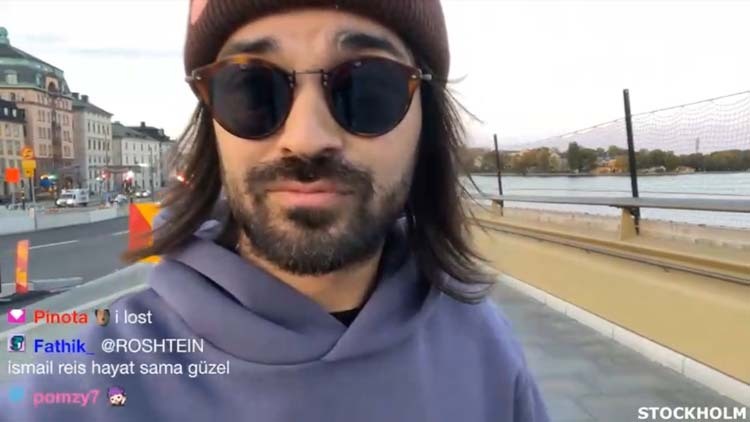 The TROOPS were able to check out the atmosphere in Stocholm Old Town aka Gamla stan before sunset last Sunday. After a short walking tour, Roshtein went to one of the most famous bars in the city and ordered En Stor Stark as there is nothing as refreshing as a big strong glass of “apple juice”.

There at the bar table and with head sculptures of Lincoln and Napoleon in the background, Roshtein took some time to focus on the followers’ questions. Unsurprisingly, fans wanted to know whether Rosh visited any casino while in Sweden which brought a smile to his face:

“No, I haven’t been at the casino. Man, I don’t need to be at the casino! I’ve been streaming slots every day for the last 2 years. Pretty much every day, E-V-E-R-Y D-A-Y!”

Rosh is notorious for being the hardest working streamer on Twitch with regular daily streams that last at least 8-10 hours. This dedication to his followers and to casino streaming is awe-inspiring and the main reason why he has been ranking among the top 10 most-watched streamers on Twitch in the last several months. Taking a couple of days off was quite unusual for him but nevertheless well-deserved. He even admitted it himself that he has been very tired and that he slept for 14 hours the first night he arrived in Stockholm. 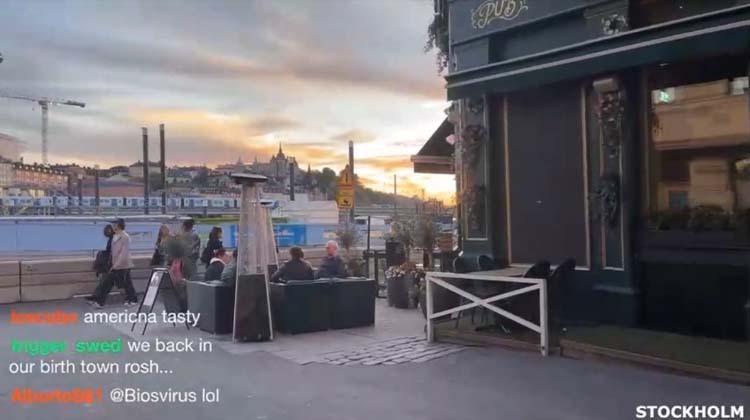 The people in the chat noticed that he is not wearing his signature hat and black glittering jacket and he responded that he doesn’t wear those clothes while walking outside, that’s strictly streaming attire. He also explained that the Old Town is not the neighborhood he grow up in and that he was the kid from the projects. By his own admission, Roshtein didn’t visit Sweden for 2 years so he spent this free time with his family. He even dug up some old photos of him as a kid and posted them on Twitter.

This type of live stream is not something Rosh usually does which makes this whole experience much more special. In his chat with the fans Rosh said:

“I wanted to show you around a little bit because this is the part of me you don’t get to see. Whenever I travel I try to take you with me so hopefully, we’ll get to take another trip soon.”

After a big glass of a nice cold apple juice, the sun was already setting down and Roshtein took his fans for another walk. As he was walking through Slussen, an area on the Söderström river connecting Södermalm and Gamla stan, the viewers were able to catch beautiful images of the city skyline.

The city was much livelier than earlier that day and it was obvious Rosh was really enjoying his time with the TROOPS. He was very grateful they appeared in such a huge number for the stream that’s not slots or casino-related. At the end of the live stream, Rosh even started singing and although he might not be the vocal maestro, he is definitely the ruling king of Twitch’s Slots category and beloved among his followers.

How Would You Play This One?