Redmi K50 Extreme Edition will be unveiled on August 11


Xiaomi is holding an event in China on August 11 to launch the Mix Fold 2, but that’s not the only smartphone the Chinese brand will introduce since the company today announced it will also unveil the Redmi K50 Extreme Edition at the same event. 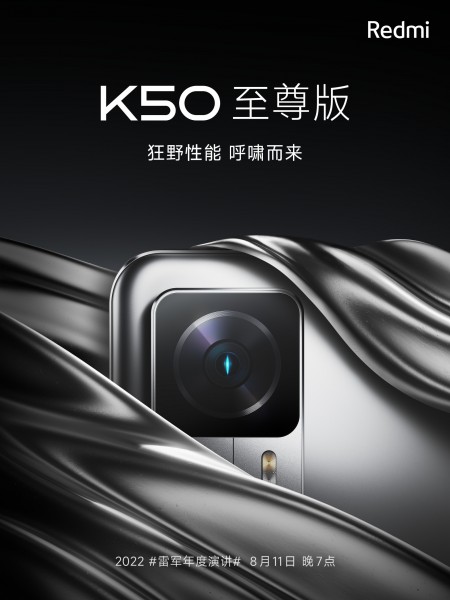 Xiaomi hasn’t detailed the Redmi K50 Extreme Edition’s specs sheet yet, but it might be the rumored Redmi K50S Pro, said to come with the Snapdragon 8+ Gen 1 SoC, 200MP primary camera, and 6.67″ 120Hz AMOLED screen. The smartphone’s also rumored to pack a 5,000 mAh battery with 120W charging support.

Alongside the Mix Fold 2 and Redmi K50 Extreme Edition, Xiaomi will also unveil the Pad 5 Pro 12.4″, Buds 4 Pro TWS earphones, and the Watch S1 Pro at tomorrow’s event, which will begin at 7PM local time.

Source (in Chinese) | Via

New Giant Deep-Sea Isopod Discovered in The Gulf of Mexico