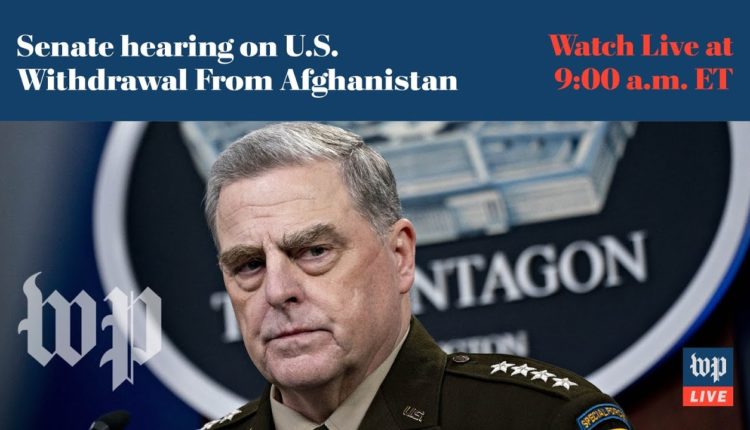 Secretary of Defense Lloyd Austin, Gen. Mark A. Milley and Gen. Kenneth McKenzie testify before the Senate Armed Forces committee on Sept. 28 about the withdrawal of U.S. troops from Afghanistan.

They defended the chaotic withdrawal, with Milley saying the United States would have been “going to war again with the Taliban” if it had stayed beyond Sept. 1. He also testified that key Trump officials knew of his two calls to reassure his Chinese counterpart that President Donald Trump had no plans to attack China late in his administration, and that Defense Secretary Mark T. Esper directed the first one.