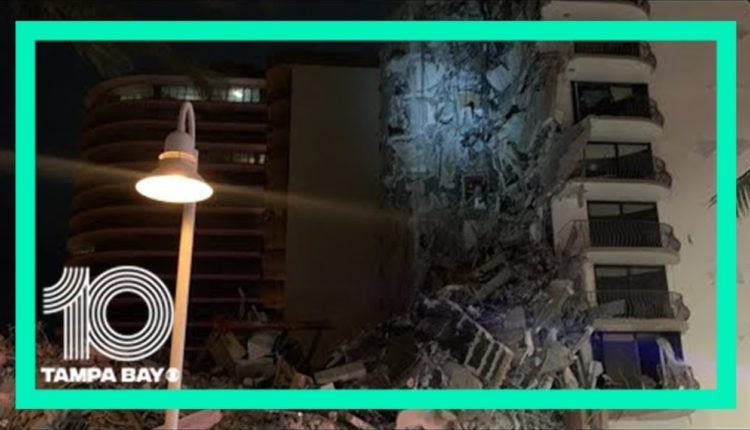 Scores of fire and rescue teams rushed to the area as part of a massive search and rescue operation. Miami-Dade police say one person has died in the collapse.

The collapse has caused a massive emergency response with multiple fire and police crews on scene 8777 Collins Avenue, including more than 80 Miami-Dade Fire Rescue units, the department says.

The Miami Herald reports that the address is the beachfront, 12-story Champlain Towers, a residential condo building built in 1981 with more than 100 units.

Photos and videos from the scene show the collapse affected half the tower. The collapse also sent a cloud of debris through the neighborhood, coating cars up to two blocks away with a light layer of dust. Piles of rubble and debris surround the area just outside the building.

The department has not yet said what may have caused the collapse near 88th Street and Collins Avenue.

Surfside Mayor Charles W. Burkett gave an update on the collapse Thursday morning, adding that 15 family units that came out of the building on their own are working with the red cross now.

“There’s no reason for this building to go down like that. Unless someone literally pulls out the supports from underneath, or it gets washed out, or there’s a sinkhole or something like that,” Burkett said.

The mayor said that there was regular roof work being done on the building.