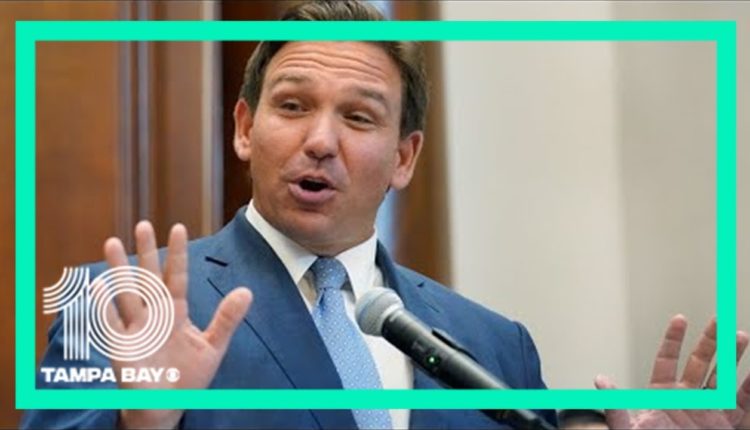 Florida’s governor is Tampa Bay-bound as he gets ready to hold a roundtable Thursday morning in St. Petersburg.

According to a press release, the discussion will get underway at 10:30 a.m. at the Fish and Wildlife Research Institution.

While the Governor’s Office has not shared specifics on what DeSantis will discuss, red tide has begun to rear its head once again in the Tampa Bay area. And water samples taken off the Pinellas County coastline in recent days indicate the red tide nuisance isn’t getting any better.

According to the FWC, high concentrations of the red tide organism, Karenia brevis, have been reported near Redington Beach. The agency also found medium concentrations near Clearwater Beach and Sand Key Park.

At high concentrations, even the general public may experience intense symptoms of respiratory irritations – not just those who are sensitive to red tide or would otherwise experience mild symptoms, NOAA says.

Some dead fish are likely to wash ashore, too, and there have been reports in Hillsborough, Manatee and Pinellas counties lately, according to the FWC. https://bit.ly/3gJtG1G

Top 10 reasons NOT to Move to Jacksonville, Florida. It's not the worst city, but still.

An Inside Look at the Exotic Animal Trade: Profiles by VICE