Flipkart teases The Big Billion Days sale, Amazon does the same for the Great Indian Festival


Two retail giants in India will be offering big discounts starting on September 23 (Friday next week) – Amazon is launching the Great Indian Festival, Flipkart will be busy with The Big Billion Days. They will be offering a wide range of products, but we’re mostly interested in the tech deals, of course.

Flipkart will gamify the shopping experience with the “Coupon Rain”, which will let buyers and their friends and families win seasonal prices. Customers will be able to pre-book electronics, home appliances, beauty products and lifestyle products by paying the token sum of ₹1 in advance.

There will be interactive shows on Flipkart’s Video Commerce platform with a chance to win various awards. And to make things more memorable, there will be a range of “TBBD Specials” – over 130 special edition collectibles from over 90 brands. Flipkart has tapped celebrities like Virat Kohli, Kriti Sanon, Chef Vikas Khanna, Ayushmann Khurrana, Ranveer Singh, Hrithik Roshan, P V Sindhu, and K L Rahul to co-create special items for the Big Billion Days sale.

While the event officially starts next week (and will end on September 30), there are already warm-up deals, which you can find over here. When TBBD does start there will be deals on the Realme 9 5G, Poco C31, vivo T1 5G, Samsung Galaxy F13 and more. Asus and Poco are the Associate Sponsors for the event, so expect special deals from them.

The Amazon Great Indian Festival is sponsored by Samsung and iQOO. You can find the landing page for the whole event here or jump straight into the phones and accessories deals. The Galaxy M32 is already 32% off (down to ₹11,500), the Oppo A54 is 33% off (₹9,891, lowest price ever, says Amazon), there are also Redmi and Realme “kickstarter deals” (you can find more such deals on this page). 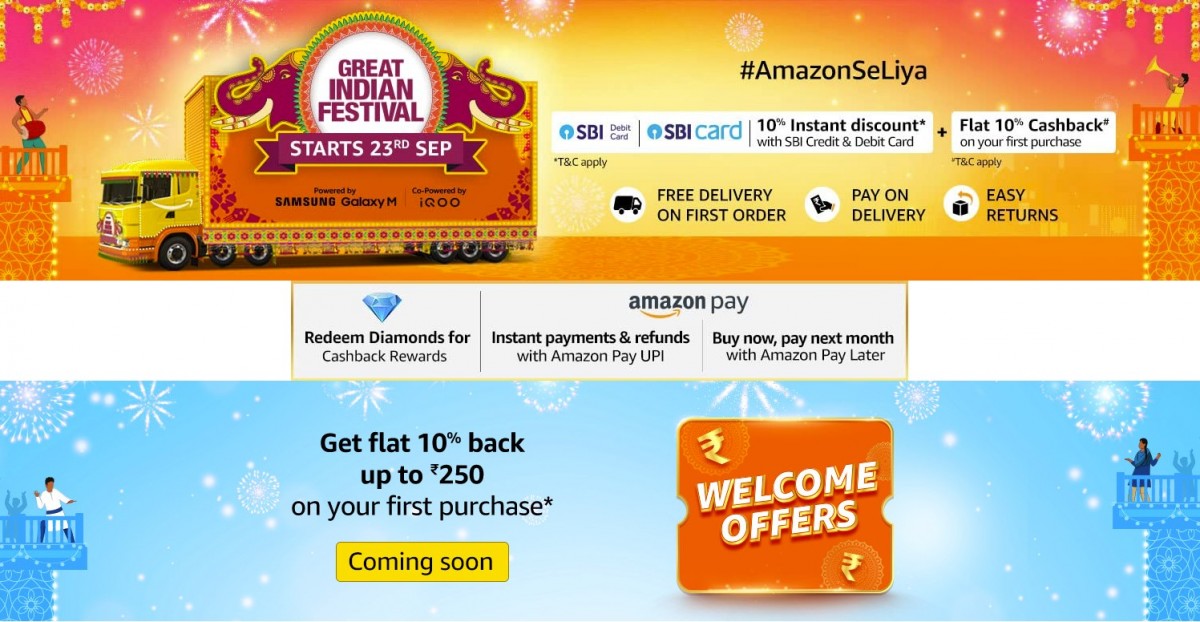 Naturally, the best deals will go live only once the Festival starts, so you may want to hold off. Or not, Amazon will be offering daily deals for individual phones starting today and running until September 19. For example, today the Realme Narzo 50 Pro is featured, tomorrow it will be the Tecno Spark 9, the day after the OnePlus 10T and so on. The device for September 19 is kept under wraps and is described as the “biggest deal of the year”. 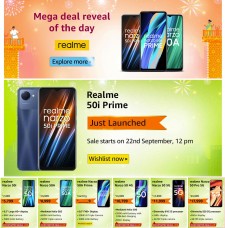 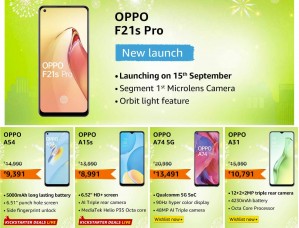 Some Amazon Great Indian Festival deals are already live, others are coming online in the following days

Besides the smartphones, smartwatches and accessories, both companies are also discounting other electronics like laptops and TVs, plus much more for your home and your wardrobe.

Intel announces pricing and availability for the Arc A750